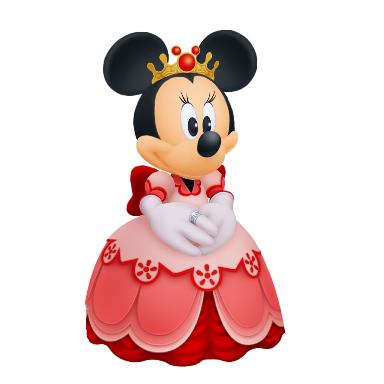 I recently read a twitter post in which the author moaned about Disney. Now, I’m actually a pretty big fan of Disney and have a pretty low threshold for complaints about them, so I wouldn’t normally have even bothered to read the post… except the author said something that jarred so much with my own perception of the company that I had to (a) read the linked blog to make sure I wasn’t missing something vital and (b) write this to right some wrongs out there.

The author had gone off on some feminist rant about Disney using only weak “Save me! Save me!” type female characters.

Okay, let’s clear this up right now: Disney has some of the strongest, most capable, and the most modern women characters out of ANY studio. Not only that, they have been in this position for arguably well over half a century.

Also known as classic tales featuring strong, independent women making their own way in the world. In movies such as Cinderella, Snow White, or The Princess and the Frog, the women largely get themselves into and out of trouble. Men (or more commonly, Princes) are shown as little more than love interest.

Are the women weak? No.

The powerful figure the Princess turns to for help when she really needs it? Usually also a woman (Fairy Godmother).

Minnie Mouse has been holding the torch for independent women since long before Beyoncé and her pals were singing about it, despite what I imagine are over 8 decades of increasingly imaginative marriage proposals from the world’s most eligible and let’s face it pretty wealthy (have you SEEN his Clubhouse?) mouse.

After 84 years of dating, Minnie still has her own house, job and personality. She has her own hobbies, her own life and is usually depicted as having ultimate say in the relationship.

In fact, the family values in the Disney cartoons aren’t as traditional as you might assume. Alongside the dogged resistance to creating a family unit through marriage (and Daisy is just the same with Donald), there’s the little issue of Goofy and his son Max.  Where is Goofy’s wife? It’s the out-of-wedlock fling that Disney doesn’t want to talk about.

3) The Need To Couple

Don’t get me wrong, the desire to couple up features strongly in a lot of Disney movies, but I hope we can be okay with that one. The idea of companionship has to be pretty much evolutionarily hardwired into our psyches, doesn’t it? That EVE (eventually) finds Wall·E charming doesn’t diminish her. If it makes you feel better, just imagine that Wall·E is the girl and EVE is the guy. Let’s face it, other than the name EVE and a slight difference in voice tone, there’s nothing in there to say which is which (or even if it’s a hetero relationship). I suspect the author of the blog post would then complain that Wall·E was only interested in finding herself a partner, and would have found the bumbling, subservient and weaker (EVE has a weapon!) character just as offensive.

If you really think the world is sadly lacking in strong inspirational female characters, my answer is simple:  go write your own.

I wouldn’t criticize Disney too hard though. It has a lot of fans for a reason, and I suspect there are more little girls who would like to go to a fancy dress party as Tinkerbell than would dress up as Captain Hook.