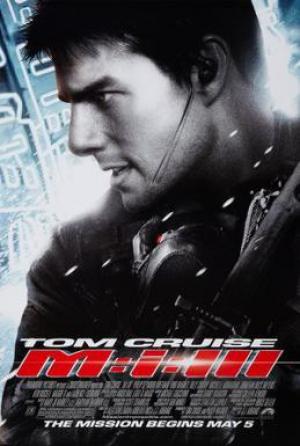 A few days ago I was working on Chapter 19 of the WIP. I had brainstormed the chapter in my normal mind map fashion and then converted that to linear notes (basically bullet points). I sat down to start the first draft of the prose when it all slowed to a crawl. I just wasn’t feeling it.

First off let me get one thing straight: I do not believe in writer’s block. Read any interview with a journalist-turned-novelist and they will tell you the same thing: If writing is your career, then not writing is not an option. It’s the equivalent of [insert person with any job here] saying they can’t do [that job] because they aren’t feeling it. You just bought yourself a train ticket to Unemploymentville, calling at all stations via YourWifeIsLeavingYou and KraftDinnersForOne.

What I do believe in, though, is that sometimes the writing is harder than it usually is. When that happens, the worst thing I can do is try to push on through. The better solution is to pause for 10 minutes, make a pot of coffee, and spend a cup (or maybe two) worth of time figuring out why it’s harder going. I love writing. If putting the words down changes from feeling like strolling on a beach in swimshorts and flip flops to wading knee deep in snow up a steep Canadian mountain (in swimshorts and flipflops) then it’s going to feel like that for the reader too. In other words, I trust my instincts and spend a little time working out what’s wrong so I can fix it before I walk any further.

So what are the common causes?

1) Running out of ideas

This one simply doesn’t happen to me. In terms of new projects, I have a notebook full of unused ideas which already contains more stories than I could write in a lifetime. Almost all of those are things I’d be excited to pursue if I had the time. In terms of the ideas for what happens next in an ongoing WIP, well… you’ll get no sympathy from me. I’m what is commonly known as an ‘outliner’, in that I work out the major plot points (including the ending and how to get there) in advance. Sure, I can deviate from that if something even better comes along, but I always have a good idea in place for what happens next.

In fact, I’m of the opinion that EVERY writer is an outliner really. It’s just that some people are silly enough to write their outlines out in longhand and call it a first draft. Well, if you want to run the risk of wasting that much time and energy on something you later decide doesn’t work, that’s up to you.

2) Distracted by other things

This is either a perfectly legitimate reason, or a pathetic excuse, depending on circumstance. But in all circumstances, the answer is the same: no one is forcing you to write. Sometimes real life gets in the way. Sometimes you’d rather be doing other things. If writing is just a hobby instead of a profession then it’s totally fine to stop and do those other things instead. Just don’t call it writer’s block if what you really mean is that you’d rather be watching the TV.

The DVD of Mission: Impossible III contains a version of the movie with an audio commentary. Unlike most audio commentaries, it wasn’t recorded by four or five b-listers and supporting cast members, relying on sheer weight of numbers to provide something of interest to each scene. Instead, it’s a simple conversation between director JJ Abrams and producer / star Tom Cruise about how they made the movie, and the thought processes behind each scene.

It’s a great listen. Tom, in particular, clearly knows a hell of a lot about the craft of storytelling. He talks at one point about having to change the shooting from the script dramatically, because each scene has to provide the audience with two anchors: a ‘geographic’ anchor so the viewer knows where they are in the story itself, and an emotional anchor as well that tells us character reactions and where they are in their arcs.

If I find myself struggling more than usual with some writing, it’s usually because I’ve gotten this second anchor wrong. I’ve misjudged the emotion of the scene, and set up the reader for the wrong payoff, or tried to drive that payoff from the wrong source. In other words, I need to go back and re-ask myself “where does the emotion come from in this scene?”. Do I want the reader to be shocked? Sad? Should they be hoping two characters will get together, or maybe have them praying that the sassy protagonist will finally dump that no good loser after all? Having a clear understanding of this payoff before I start writing gives me a much better chance of making it work.

I’m currently working on a comedy, so for the most part finding the emotion for a scene simply means working out where the funny is. In Chapter 19 I’d decided that the funny would come from the quick witted (but juvenile) reactions of one of the main characters to unfolding events; a liberal application of “that’s what she said” responses. Then I got bogged down. The writing slowed and my interest in the chapter waned. Why? Because I’d gotten the emotion wrong. The wrong emotion in the wrong place.

It was wrong for several reasons:

Firstly, because it was a bit derivative of Colin Bateman’s Mystery Man character.

Secondly, wit (like intelligence, charisma and psychic ability) is one of those dangerous traits that come across very false if you aren’t careful. Take the following dialogue:

That would be freakishly impressive if it happened in real life, but in writing, where the author controls both sides of the argument, it just falls flat. It’s unbelievable, and that makes it unbelievably bad writing. Quick wit, where you get to write both the set-up and the payoff, isn’t really wit so it felt wrong.

Thirdly – and perhaps most importantly – it was reliant on the wrong character to provide the emotion, making an incidental player with a small (but important) role in the scene take too much focus.

One pot of coffee later, I’d identified the problem, come up with a new emotional anchor for the scene, and re-energised myself (in fairness, that could also have been the caffeine). Oh, and come up with an idea for a website post as well.

4 thoughts on “Causes and cures for writer’s block.”