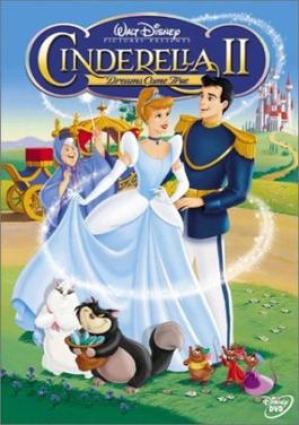 Earlier in the week I visited the library (as I am occasionally wont to do). I grabbed two Lee Childs and a Vince Flynn off the shelves and was heading to the checkout area when my gaze happened to drift across the cover of a DVD that stopped me in my tracks.

I was shocked and confused. I stood there frozen like a bad street performer with my mouth open and a look of bewilderment across my face while my brain tried to process the information. I looked down at the books in my hand and re-read the titles to make sure my eyes were still working, and then looked back at the DVD on the shelf.

I wrote a little while ago(1) about the implied contract between a writer and his readers, and this idea that the audience for any story (whether film, book, TV, or cave painting) has a set of rigid expectations is one that has stuck with me ever since. I’m not saying, of course, that it’s the writer’s job to pander to those expectations, but simply that they exist and that writers should be aware of what they are and what happens if you break them. Blake Snyder’s “Save The Cat” method(2) strikes me as essentially an attempt to decode these expectations, and Stephen King breaks the fourth wall to expressly apologise for skipping out on them at the end of his novella “The Mist”(3). The sight of Cinderella 2 leaning casually on the library shelves, nestled provocatively between Chosen for Death(4) and season one of CSI: Miami, got me thinking of one clause in the writer’s contract…

cl. 5.3 (a)          The Reader shall be entitled to treat any invocation of a Happily Ever After event as definitive.

The Disney Princesses are, of course, a special case where it is universally acknowledged that the story will follow certain patterns. There will be a certain amount of trauma, a liberal amount of mild peril, and then (with the help of a cute animal or two) the good guys will get themselves through it, and then live Happily Ever After. But now Disney is trying to take that back? They are telling me that “yes, I know we told you that everything was good, but in reality Cinders still had to put up with quite a lot of shit.”

That’s not what I want to hear. It weakens the first story and removes any faith you have in the ending of the second. It jars because it gives us a single moment of an unreliable narrator in an otherwise dependable environment. It jars because stories are both escapism and therapy, and it’s much easier to hear “if you can just get through this you’ll be alright” than it is to hear “hell, you could marry the man/woman of your dreams, get rich and live in a castle, but it will still all turn to crap next Tuesday.”

Anyway, I haven’t seen Cinderella 2, and there is a good chance you haven’t either, so I had to do a <Ctrl+F> on my head and come up with some other stories to illustrate the contract clause in action.

Sex and the City 2: The TV series SatC didn’t end on an HEA moment, it just ended. Sure, it ended with Carrie and Big in a positive place, but their relationship had been a rollercoaster and there was a reasonable expectation of trouble ahead, so the idea of the first SatC movie (whilst not my sort of thing) was sound enough. But the movie had a clearly labeled HEA ending, which gives SatC2 a massive hurdle to overcome, producing what was considered a weak movie even by huge fans of the franchise.

You’ve Got Mail: What the team behind SatC got wrong, Nora Ephron, Meg Ryan and Tom Hanks understood when they followed up the hit romantic comedy Sleepless in Seattle without giving poor Sam Baldwin anything else to worry about.

Aliens: Fabulous sequel. The original movie, Alien, wasn’t exactly a full on HEA ending, but it ended with the action movie equivalent: survival of the lead and the death of the bad guy. This was all understood and respected by Jimbo Cameron when he filmed the sequel Aliens. He formally acknowledged the main character’s safety and ability to walk away, and then had her choose to walk back into the danger. Unlike…

Alien 3: Aliens ended with three survivors and the bad guys dead. Alien 3 starts with only one of those still alive, and the idea of “oh yeah, actually there were still some bad guys”. It was weak, cheap, and the thin end of the wedge that was the franchise’s increasingly disrespectful efforts to make one more movie.

The Godfather Part II: Fabulous sequel, made possible by the complete lack of an HEA moment at the end of the first.

Let me know of any more you can think of (ones that support or undermine the argument are both good!) in the comments. Also let me know of any stories where the writer has deliberately broken this clause to use the reaction to their advantage.

(1) You can read the article here (worth it for the bunny picture alone).

(2) As does Lisa Cron’s “Wired for Story” (which I mentioned in the Jurassic Park article) for that matter. See Lisa’s website, and check out the book. It was an insightful read!

(3) Specifically, he apologises in advance for what he refers to as a “Hitchcock ending”, or in other words stopping the story without resolving it. I grumbled. A lot.

(4) Okay, so I made that up. How come no-one has ever made a movie called “Chosen for Death”?