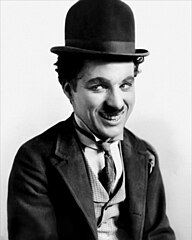 Remember when I wrote a little while ago about how Tom Cruise helped me rethink the approach I was taking with one of my chapters? Well, I find myself needing to do it again.

I was typing away, getting the words onto the page like a good little author, occasionally chuckling to myself (a good sign while I’m writing, a terrible sign anywhere else in life) and generally taking care of business. I had a pot of coffee next to me and my writing hat on my head. I was on a roll.

When I later came back to re-read the section I realised I’d been thinking in moving pictures again. Don’t get me wrong, this is normally a good thing. Good writing should conjure up visual images. Take the following excerpt from the NIAD2012 book, Lunar520 (this except takes place in zero-gravity on a space station):

She was surprised when he didn’t scream. His face turned a fantastic mottled pattern of bright red blotches against a drained white background. He didn’t buckle, but for a second started to collapse into a foetal position where he stood, before his brain overloaded on the pain messages and he vomited noisily into the air. The pieces floated softly around his head like the pain stars on a cartoon character.

“Get up you loser.” Nicola hauled Taylor’s still prone and softly moaning body over to the hand bike and slammed him into the seat.

Nothing wrong with that at all. Very visual, but it works. The problem arose in my current WIP when I got too engrossed in the visual image I had in my head and started to introduce physical comedy into the scenes.

I’m a big fan of physical comedy in TV and film, but if you think of the absolute masters of the genre (the likes of Charlie Chaplain and Rik Mayall), then you’ll appreciate that two things are important: the visual has to be convincing, and the timing has to be… perfect.

Take this second example, this time from the NIAD2011 book, The Dark:

Nick looked up from his lunch and saw Dr Warne by the cashier. She had a bag of salt and vinegar crisps clenched in her teeth and a bottle of Fanta wedged up into her armpit as she stopped to help a guy with one hand in plaster try and remove and squeeze out the teabag from his drink without spilling it all down his front. If only she’d arrived 3 minutes sooner.

Nick raised a hand to politely say hello when she turned round and spotted him sitting by himself watching her. Warne dropped the Fanta out from her armpit and without looking caught it in the same hand in one smooth movement. She attempted to do the same thing with the crisps when they fell straight past her hand, into the oncoming knee and slid across the floor to rest at Nick’s feet.

“Please,” said Nick as he picked up the bag of crisps from the floor and placed it on the table in front of her with a smile.

I wouldn’t call it comedy, but it’s certainly a piece that relies on the same two elements of a convincing visual and timing in order to get its point across. It sounded fine to me at the time of writing but re-reading it now at a different place and at a different speed it feels clunky and a little awkward. The slightly extra processing time needed to convert the described actions into a visual scene throws off the timing, jerks you out of the model you’ve created in your head and reminds you that you are reading.

It helps to think about the process that goes on when communicating via the written page. Firstly, the author (in this case, me) comes up with a visual image in his head. This is an artificial model of the world which, whilst encompassing sights, sounds, smells and all the other lovely senses, exists only in the imagination at this point. This model is then translated into cold hard data in the language of your choice (often referred to as “writing”). This process effectively distills the 4D model in the author’s head from covering all senses to a simple 2D one that relies on simply sight (aka “reading”). The later reader then reads this data and converts it back into a 4D model covering all the senses using the interpretation toolkit known as their imagination.

The problem with this is that the reader’s imagination rebuilds that model based on their own memories and life experiences. As an author, you can influence things to a great degree with choice of phrasing, cadence and pace, but scenes which rely heavily on timing to work are a whole different level. Everyone will read your prose at a different speed. They will hear the character voices differently in their heads, and see them differently in their differently constructed rooms.

Without the ability to control the timing, it’s all too easy for slapstick to either become artificial (like the NIAD2011 example above), or simply come across as violence, like the extract below taken from the chapter in the WIP I was talking about earlier:

Roy hits me on the side of the head with a computer.

I’m in the middle of telling the guys what has happened when he stands up and closes the lid on Dudley’s laptop. Holding it by the short edge with two hands, he swings it round in a long arc, really putting his hips into the motion like a batter at a baseball plate.

It works, too. He catches me on the sweet spot of the swing with an almighty crack. The sound alone would be enough to make my ears ring, but the pain is incredible. It feels like my skull has been broken.

My hands go up instinctively to the side of my face, but amazingly I’m fine. No dents, bumps or scratches. Just the pain. The overwhelming, intense pain. ‘WHY THE HELL DID YOU JUST HIT ME WITH A LAPTOP?’ I shout.

‘I didn’t have time to go find a frying pan,’ says Roy.

I’m actually struggling to think of any examples of physical comedy in literature that work properly. I can certainly think of a few that fall flat, but none that really work. So, I’m going to go back to the advice in the Tom Cruise post and rethink the scene. In the meantime, if anyone knows of any good examples, I’d love to hear about them in the comments below.

I’ll leave you with the following clip from season 6 of F.R.I.E.N.D.S., where Matt Le Blanc and David Schwimmer show their excellent physical comedy chops:

Is it possible to write this scene so it would work on the written page?

3 thoughts on “Does physical comedy work on the written page?”