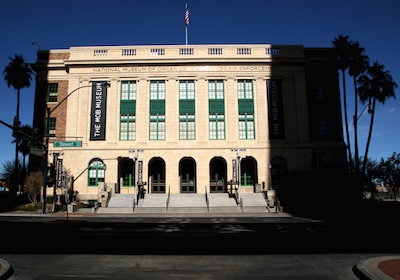 At the start of each of the Novel-in-a-Day books there is a disclaimer, not dissimilar to the one you see boilerplate to the credits at the end of (nearly) every movie you see: “All characters and events in this publication are fictitious and any resemblance to real persons, living or dead, is purely coincidental.”

I’ve been having a minor disagreement (all done very politely and respectfully, I might add!) with someone on the internet for a little while now about the value of first hand research in writing. The other person was advocating piggybacking on research done by other writers and, this being the internet, sensible points were made by several people on both side of the viewpoint. But a recent revival of the discussion got me thinking about that disclaimer. And when it comes down to it, I’m a little ashamed to have used it. After all, can there be any worse insult to someone’s writing to say that their characters and events bear no resemblance at all to reality? Or if it does, it must be a coincidence?

The latest question in the debate boils down to (forgive my flippant re-statement… I’m on the other side of the discussion after all!) “why do research yourself if you can ask another writer who’s already read that stuff?” As I was typing out a response I realised my answer was getting long, so I thought I might as well share it here…

EXAMPLE 1:
In a story I’m writing, a character looks up the record of someone’s death. In order for the record to be authentic I needed to know how a doctor would describe the cause of death on an official form. So I asked a doctor — a very friendly and helpful doctor who was more than happy to help — coming back with an incredibly useful “Cerebral contusion due to blunt head trauma.” So now, if someone was to ask me (as a writer) “my character is killed by a blow to the back of his head, how would a doctor record that info?” I could respond very gleefully: “Cerebral contusion due to blunt head trauma.”

But… I don’t know a second way to say that same thing. So you’d either risk inaccuracy by tweaking the terms and description, or you’d have to use the exact same phrase that appears in my book. And while you could hazard a guess that if your character is stabbed rather than hit in the head it’s a “sharp head trauma,” you’d run the risk that the word “trauma” is wrong. Or the word “contusion”. And if instead of the head the blow is to the chest you could guess that it’s a “blunt chest trauma“, but maybe “cerebral” means something to do with the head. And maybe doctors don’t use the word “chest” because it’s not specific enough. As a writer, I can tell you that “exsanguination” means loss of blood, but would a doctor ever say that on a form? Would he note that someone had been “given a phlebotomy“, or would he say they died of “shock”?

If you ask a doctor (especially one with ER/A&E experience) you’ll get a better answer than you’ll get from a writer (especially, let’s be honest, from an amateur writer who probably knows no better than you do), and you’ll get it faster. They’ll probably also share loads more wonderful background details you can go back and write into the scene where the actual head-hitting happens, and you’ll get them in a way that doesn’t appear in anyone else novel.

EXAMPLE 2:
In addition to visiting the “National Museum of Organised Crime and Law Enforcement” in Las Vegas (aka “the Mob Museum”), I think I read about 20 books on the mafia and union operations in Vegas before I sat down and worked out the plot for Made Man. They ranged from autobiographical works to serious academic studies and by the end of that process I’d sampled quite the rainbow of perspectives on that era. Some of the accounts were hugely contradictory, and when I sat down to think about a plot I’d reached the stage where I could critically evaluate the sources I was reviewing. I knew enough to have an opinion on whether to believe what I was reading.

There are some colourful characters in Made Man, with the likes of Bobby, Sal, Frankie Dice and Paulie Cigars. Those characters came not from The Godfather, or Goodfellas, or Casino, or any of a hundred other mob stories. No, those characters were inspired by an incredibly enjoyable afternoon immersing myself in the Bureau of Narcotics’ official files on American gangsters in the 1960s and the story is all the richer because of it. It was fascinating, fun and the book was better as a result. Ultimately, if you’re not interested enough in your subject matter to actually enjoy this sort of research, perhaps you’re not writing about the right thing!