I have been sharing a series of pictures on Instagram over the past couple of weeks that outline the process I go through to plot out a story for the Novel-in-a-Day events each year. If you’re a ‘pantser’ who likes to just wing that thing, then the rest of this post will probably give you a bit of a chuckle. It might also give you an interesting framework to retrospectively apply after you’ve done that first draft to test how strong / focused your tale is. For the rest of us, it’s a helpful way to develop a story from scratch.

For those of you not on Instagram, here’s the content of the posts collected for your convenience! For a NiaD, I don’t have to figure out the Emotion part, as that’ll be chosen on a chapter-by-chapter basis by the respective authors.

Step 2: Story Fundamentals
Make sure your plot is POOEE. That is to say, identify the Protagonist, Objective, Obstacle, Escalation and Ending. My personal experience is that if I have all five of those, then I know I have a story that can be turned into a full plot. I’ve also learnt that if I don’t have all five elements then my idea isn’t strong enough (yet) to sustain a full length creative work. 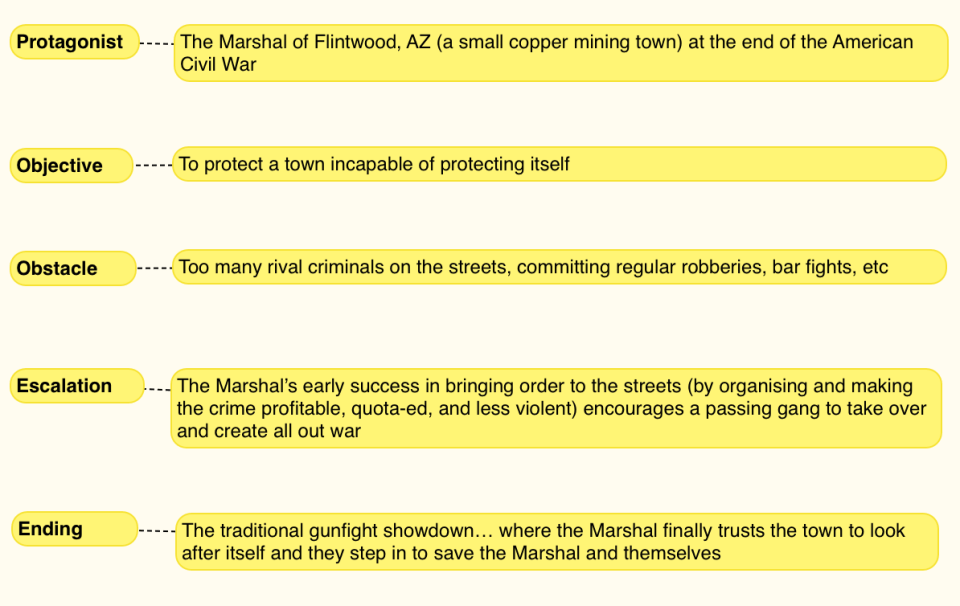 Note, there’s a lot not listed in here that you might expect to see in a story “framework” if you’ve read much about story structures: beginning, lock-in, mid-point, antagonist (unless that’s the obstacle), etc. Personally, I think those are things that you can flex during development to make the thing work, but if you have a strong answer to all of the POOEE elements, then there is at least one strong plot in there somewhere.

Step 3: Morrell’s Law
David Morrell, the thriller writer responsible for novels such as First Blood and The Brotherhood of the Rose trilogy and previous participant in our 8Qs questionnaire series, wrote: “Before beginning each project, I write a letter to myself that asks the question: ‘Why is this book worth a year of my life?’ There needs to be something about a book’s theme, its research, and the way it is written that grabs me and won’t let go.”

Now I do the same:

Step 4: Identify the Horizons
Horizons are individual plot arcs within the story. Each Horizon represents an aspect of the story that will develop as the book / film continues, and will later be populated with a number of Events. For now, we are just identifying what Horizons the story will explore. These should represent relationships, not characters; conflicts and goals, not events. One Horizon should represent your core story from Step 2. 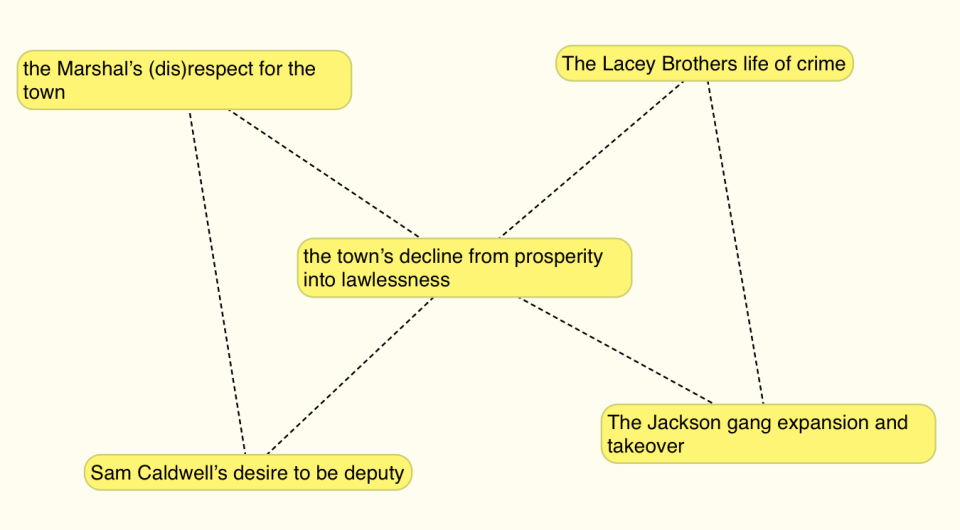 Step 5: Frame the Story
‘The Beginning’ might not be one of the story fundamentals in Step 2, but it is:
(a) one of the decisions that needs to be made before you can start actually writing, and
(b) easy to get wrong.

A clarification, though: This step is not about thinking where your story starts, but where we are in the story when we invite the reader to join us. It’s the frame around a wider story that continues long before the book itself starts and after it ends. It’s the window through which the reader gets to look 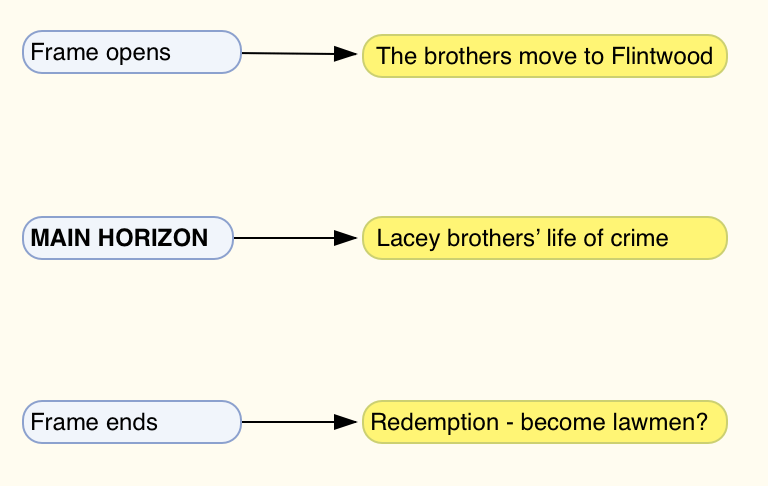 One approach here is to understand the key Horizon from Step 4 and use that to define the frame. Note, this may be a different Horizon than you’d anticipated in Step 2 if your cluster of Horizons revealed a different perspective you’d like to use. A good tip to consider is making your central Horizon the one which sees the Protagonist complete his character arc for the book, and use that to define the start and end points for your story. Other Horizons may start and end before that main Frame, but the events of those are only seen by the reader to the extent that they can be viewed through our chosen Frame.

Step 6: Looking Forward
Think of two or three completely different ideas for stories. They don’t have to be fully formed ideas. They don’t even have I get as far as answering all of the Step 2 questions. You just need to come up with at least two more seeds of ideas.

Time is like money. We have a limited amount of both of them, and they can only be used once. We’ve already established that our current idea is worth pursuing (see Step 3), but one of the dangers of investing as much time in a project as we have to do to write it is that we get blinded by the sunk cost and keep working on that one idea forever. There is also an opportunity cost to spending time re-writing or continuing to work on an idea, namely all the other stories you could be working on. Step 7: Horizon Milestones
“Writing a novel is like driving a car at night. You can only see as far as your headlights, but you can make the whole trip that way.” (EL Doctorow, writer and, presumably, car owner)

One of the reasons we called the plot arcs “Horizons” back in Step 4 was because of the way we’ll go about populating them. The curvature of the earth only let’s you see so far, so (like Doctorow’s night driving) we only need the detail up until the next point on the Horizon. But if we want to make sure we end up at our chosen destination, we do need to know where the key turns are and what we need to be aiming for at each stage.

This step is making sure we understand what points on the Horizon we’ll be looking to plan to when we complete each leg of our journey. Essentially, identifying the key milestones on the journey; the major Act breaks.

We know what our start and end points are (Step 5). Now we need to fill in the major waypoints between those two points.

Step 8: Populate the Horizons
The final step before we start writing is to populate known Events on your defined Horizons for the up coming section (i.e., between the start of the book and the first milestone from Step 7).

How much you do before you start writing properly is up to you. Some like to plan all aspect of all Horizons first. For a Novel-in-a-Day I obviously have to complete everything up front. For everything else, I tend to just map out up to the next milestone. One approach to try if you get stuck is to work backwards from the next milestone rather than forwards froth current one.

This one’s a video, to show how I build up the Horizons from the Step 7 milestones: