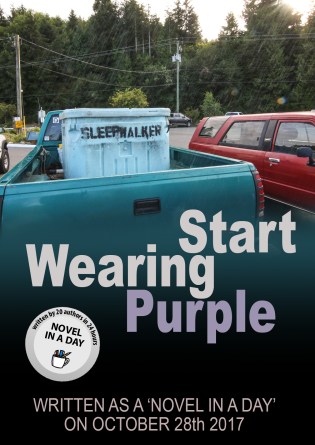 Biographer Jacob Heath has an unhealthy level of enthusiasm for his work.

When he decides to write the story of San Francisco’s  masked vigilante, the Terrordon, and his arch-enemy the Sleepwalker, Jacob’s ‘method writer’ approach might get him in deeper than he can handle.

This book was written as a Novel-in-a-Day on October 28, 2017. Three versions were produced (one called ‘Blue’, one called ‘Red’, and one called ‘Orange’) each written in just 24 hours by 20 authors.